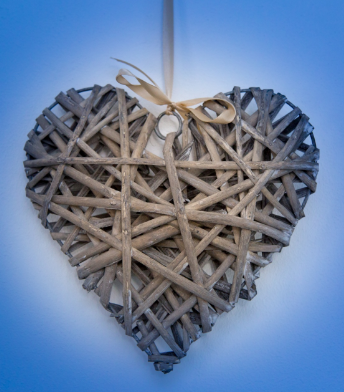 (Originally in the Guardian Weekend Magazine, by Dana D. Burnell)

I always knew there was something wrong with my heart. No other kid collapsed on the ground after playing, cradling their chest. It was only me, with a pain I instinctively ignored. At nine, I leapt from windows on to ice-hard lawns. At 12 I played in Chicago streets, tormenting drivers until they swerved their cars towards me.

In my early 20s, at school in Maine, I’d fallen for a broken-nosed Brooklynite who seemed as misplaced in New England as I was. One night I sat watching him play pool in the local dive bar. I had one beer, but felt dizzy. The room around me smudged into rapidly moving forms. Black and white linoleum rolled beneath my feet as I stumbled to the door.

A man’s face loomed enormously. “Honey, are you OK?” Gripping my elbow, he led me to the parking lot. My boyfriend appeared as I fainted backwards, my skull falling like an anvil against the rough cement.

In the emergency room they said it was concussion, and coolly told me to set my alarm for every hour that night to make sure I didn’t fall into a coma. Every hour the alarm went off, my boyfriend complained. Soon that relationship was over.

Over the next year my symptoms accelerated unevenly. People seemed to rush up on me; noises became so intrusive that I would flinch, pressing my left forearm hard against my chest. Sometimes my pulse raged in erratic spasms, at others my heart felt so tired, I pictured it as an injured mouse limping along.

Something small finally made me face it: I was getting a glass of water, and noticed how badly my hands were trembling; my lips looked vaguely blue. My friend Will lay sprawled on the sofa.

“Hey – do you mind if I take your pulse?” I pressed three fingers into the hollow of his wrist. I counted to six seconds and multiplied by 10, but that result seemed impossible. There was no denying it. Will’s pulse was 60. Mine clocked in at around 160, resting.

Three weeks later I was waiting for test results and wondering why the cardiac patients around me looked so cheerful. Grey-faced and ham-ankled, they seemed to breathe in one collective gasp of phlegm. I drummed my fingers, snapped gum. I saw they were old and I young, but I didn’t see that they were what’s left when frenetic hearts wind down and determination takes over.

Dr Brandfonbrener was about 60. “How’d you like all those tests?”

“Loved that echocardiogram,” I told him. For that, a handsome intern had smeared lubricant all over my naked chest and rolled a rubber-tipped wand around my breasts and back. I laughed, watching the tissues of my heart flutter on a screen. The intern must have been inexperienced because he suddenly said, “Uh-oh” to an image on the monitor.

They had found three congenital heart irregularities: mitral valve prolapse, right bundle branch block and atrial tachycardia. In 24 hours, my heart rate once exceeded 195 beats a minute. “You have a huge adrenaline excess,” Brandfonbrener said. “This sounds serious. But a lot of people live to a good old age with irregularities like these.” He kept talking reassuringly, but I didn’t want to be part of his cardiac club. I wanted to kill the bearer of this news. Or maybe that was the adrenaline talking.

I started medication later that week – 50mg of a standard beta-blocker, atenolol. Every day that little white tablet forced me to face a humbling fact about myself – I’d turned out not to be a “burn the candle at both ends” type of woman. I missed the drama of my racing heart, of being swamped in the adrenaline river.

A few years after my diagnosis, I went into a seizure in a Parisian nightclub. I’d sliced the dosage in half, hey, I could take it. Finally I allowed myself to run out of pills and ended up in my Manhattan studio with a heart again tightening into a fist. My hands jerked so badly it took three attempts to get my coat on.

At the health centre I exhibited the full signs of withdrawal: faintness, sweating. I leaned my head against the wall and breathed deeply, knowing that soon the beta-blocker would calm the roar of distant traffic and mute the ear-splitting shudder of magazine pages turning. Sitting, twitching, I remembered the cheerful determination of those cardiac patients and belatedly recognised that their dignity was infinitely more interesting than my dramatics.

A nurse came, ready with a wheelchair and a stern lecture. I got in, sat on my shaking hands, and listened.