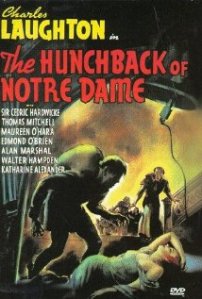 A quick one today, as is suitable for the subject (content follows form as casting follows couch), though nothing as quick as ol Victor Hugo could apparently be, when paying per word.  . . but more on that later.

Politics make strange bedfellows, we always hear, and of course writers are strange just on their own.  The former set loves to stand in the center of a room making bold pronouncements while having nothing to say, while the other group tends to creep around the fringes, offended that no one notices their astute (muttered) asides.

Politicos retire and make millions drawling reductive tales into microphones, while authors are lucky if they grab sufficient shekels to support their bar tab. Bar tabs that are created by the author having to review books like, say, Sarah Palin’s Going Rogue, knowing that out in the world people are doing more pleasant things.  Things like having hornets inserted in their nostrils, or bathing in raw sewage while Newt Gingrich leeringly massages their scalp.

Of course, some politicians could write and talk.  And some writers could take a stand.

Arthur Miller to President Johnson in 1965:

WHEN THE GUNS ROAR, THE ARTS DIE.

George HW Bush, when he was living in China in the 1970s, didn’t bother with abstract epigrammatic statements:  He was focusing on bringing the best of America to the world.

However, it is not ours to be hard on Bush Sr.—politicians are forced to stay on the surface of things and not to express their pique at perceived lacks in foreign cultures.  Perhaps it was Bush 1’s repressed anger at the paucity of crap fiberless food in Asia.  Who knows: The stomach is a capricious mistress.

Unlike Politicians, writers—particularly when they feel insecure—tend to get a bit pissy.  After being asked to present a book accounting for his expenses as a reporter in Constantinople in the 1920’s, Ernest Hemingway was outraged at such petti-foggery:

Jack London, despite having a damn cool name and making bushels on an already dated writing style, liked to send macho yet adolescent telegrams to his publishers.  This is from 1913, but can’t you picture James Dean saying this to his parents in East of Eden?

YOU WOULD EAT DIRT BEFORE YOU WOULD FORGO THE POUND OF FLESH. YOU WOULD SELL YOURSELF AND YOUR COMPANY’S GOOD NAME FOR A HANDFUL OF SILVER. . .WHEN YOU ARE DUST IN YOUR GRAVES THE ECHOES IN THE BRAINS OF THOSE YET UNBORN WILL STIR YOUR DUST.

William Faulkner just wanted to write, and to have a bit of money.  Please god, some respect and a little cabbage to grease the wheels.  When he sent the manuscript of Absalom Absalom to his publisher, it somehow ended in the hands of a lower minion.  Said junior quickly composed a helpful note informing the author of his painful syntax, engorged sentence lengths, and murky vagueness.  Faulkner’s response:

WHO THE HELL ARE YOU?

Faulkner didn’t know how lucky he was to live back then, not having to edit comments on his As I Lay Dying MySpace page.  In the 1950s, when someone wanted to photograph Faulkner for the cover of one of his books, he demurred.

LET ME WRITE THE BOOKS. LET SOMEONE WHO WANTS HAVE THE PUBLICITY.  WILL NEVER CONSENT TO MY PICTURE ON COVER. . .

STILL DON’T WANT TO BE PHOTOGRAPHED. . .BUT WILL SUBMIT FOR ONE THOUSAND DOLLARS IN ADVANCE.

(There’ve been compromising moments in my boudoir where I’ve nearly said the same.  Only sobriety and cellulite induced me to keep my trap shut: I believe neither were an issue with W.F.)

Nabokov also gave good telegram.  In 1969 Playboy published an excerpt from his lengthy novel Ada, but apparently placed it near some rather interesting photographs, on which the author had a surreal take:

I feel bad for Miss Whatever-That-Month-Was. A girl tends to get attached to her bits, whether amphibian or furry.

Anyway.  Three more: Obviously there are many letters and telegrams between those old buds Winston Churchill and Franklin D. Roosevelt. 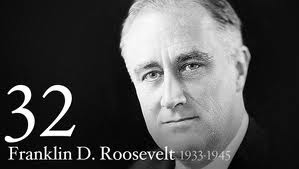 I chose this telegraph, just because it’s a little flirty—and I like to think of the two of them together in Paris, girlishly skipping along the rue Bonaparte, getting ready for a night on the prowl.  FDR makes it clear who thinks would do better:

. . .INCIDENTALLY, WHILE YOUR FRENCH GRAMMAR IS BETTER THAN MINE, MY ACCENT IS MORE ALLURING.

Here’s one that’s apocryphal, and possibly found at the bottom of a gin rickey—but I choose to believe it’s true.

A 1920’s Vanity Fair editor kept badgering Dorothy Parker to send some late copy along to him, despite the fact that she was on her honeymoon.  As usual, Dot had a pointed reply:

TOO FUCKING BUSY.  AND VICE VERSA.

And the last one, with the award for brevity, goes to our old friend Victor Hugo.  When he was writing prose he clearly got the ink at a low rate and consequently was unsparing with it.  When paying per word, Hugo was rather more parsimonious.  At the time of the release of Les Miserables, Hugo was vacationing and wanted to find out how the book was doing—but didn’t want to break the bank on it.  Here’s his telegram to his publisher:

And the publisher’s to him:

Hugo (and publisher) were smart fellows. To these canny Frenchmen, it was abundantly clear that the only place for 140 characters is between the covers of a book.