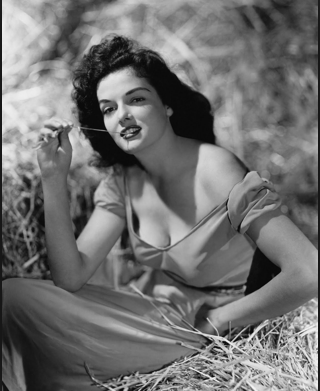 You Have Complaints, Howard?

Let’s all enjoy the moment when, in 1958, Francois Truffaut made a sudden leap from high art to low neckline. In a graceful segue, France’s premier filmmaker and critic, pivoted from a quote by Guillaume Apollonaire (France’s great surrealist poet of World War I), to Howard Hughes’ obsessive presentation of Jane Russell’s nipples. Now that is an impressive display of dexterity!  Shall we? Mais Oui!

The Postscript from the end of Truffaut’s Von Sternberg Essay in The Films in My Life, on Howard Hughes’ Production Notes:

. . .Paraphrasing Guillaume Apollinaire without realizing it (“Your breasts are the only shells I love”*), Hughes demonstrates in the following memo what happens when an actress’s brassiere undergoes aerodynamic design analytics:

‘I think that Jane Russell’s outfits as they appear in the tests, are damned awful. They are totally unbecoming, and hide everything. There is only one word for them: horrible. There is one exception; the dress made of metallic fabric. . .really great. It has to be used.

But it doesn’t work on her breasts, and it might lead people to think—God help us—that they are padded or false. The reason is simple; the line is not natural. You’d think she was wearing a stiff brassiere that didn’t mold with her figure. Especially around the nipples, it gives the impressions that a piece of stiff fabric has been inserted under the dress; the contour is not natural.

I am not recommending doing without a brassiere, because I know Russell needs one. But I think that a half-brassiere, or a very light one made of very light material which would let the form of her breast come through the dress would be much more effective.

On the other hand, it would be helpful to put into the brassiere or the dress at the place where the nipples are something a bit pointed since I know that they don’t show naturally with Russell. Since her breasts are completely rounded, an artifice would be desirable, so long as it can be incorporated without destroying the natural line of her breasts. The trouble with what you’ve got now is that as the presumed location of the nipples, there appear to be several, which is not at all natural. Likewise, the silhouette of the breast, from the point to the body, is too conical; it looks like a mechanically manufactured object.

It is difficult to explain, but I am sure you will see what I mean when you watch the film.

These particular observations refer to the dress made of metallic fabric. But they apply to all her costumes in this film and I want them observed in her entire wardrobe. Nevertheless, I want all the other costumes to be cut as low as the law allows so that the customers who pay to see this part of Russell can look at it without its being covered with material, metallic or not.’”

The poor bastards who worked for this humorless man were not getting paid nearly enough!

Truffaut’s introduction to this fevered memo is the most quietly amusing dismissal I’ve seen in a long time, making the connection between Hughe’s obsession with flight design (which actually requires a high level of control-freaky perfectionism) and his creepy treatment of starlets (who were burdened with the impossible chore of keeping his tray-table perpetually upright.)

Of course, in the 40s and 50s Russell had to listen to a lot of repetitive fetishizing about her breasts (“the two and only Jane Russell,” drooled Bob Hope in an intro.), but she finally put the kibosh on all the mythologizing in her 1985 biography. Howard Hughes had widely publicized how he used his aircraft designers to solve Russell’s crisis-level nipple issues, creating a cantilevered construction of satin and steel to contain the bombshell’s weighty cannons. The garment turned out to be so uncomfortable that Russell secretly tossed Hughe’s ergonometric mammary clamp, and wore her own damn bra. She just padded the cups with tissue, pulled the straps down her shoulders, and tucked them within her peasant blouse.  Low tech, high nipples.  There’s the real poetry of life.

The black curls on your neck are my treasure
My thoughts target you yours intercept mine
Your breasts are the only shells I love
Your memory is the lantern guiding us through night. . . 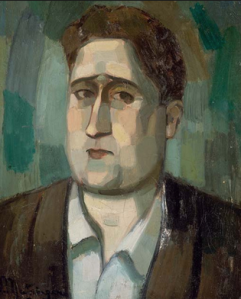 I am a great poet who died in WWI, and I deserve much better placement than this.